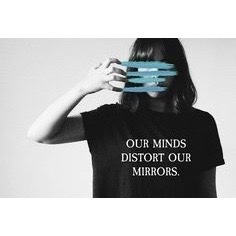 *Trigger Warning* – If you are experiencing or have experienced an eating disorder this post may be triggering for you.

The song of the morning birds has just begun, she can see through the crack in the curtain that the morning dawn is about to break. Her partner remains still as the night, unaware of the creeping day ahead. Pushing and kicking the duvet between her legs she rolls over to try and grasp at another few moments of peaceful slumber, “why is it that she can’t stay awake during the day and can’t sleep at night?” Tucking her extra pillow between her jarring knees for padding she twists her body so the least of her jutting angles are bruised from the mattress.

The tranquillity of peace is unbeknownst to her. Her only peace is found when calorie limits are adhered to, when pounds drop or measurements shrink; and despite the constant battle with herself and others, these moments are few. The human body can only lose at such a rate, she can only muster the strength to push herself to such a limit, and below nothing, there is no less to eat. Of course, she does eat, just not every day, but what more can she do to please this need?

The ruminations never desist, they merely quieten in a moment of victory, a moment when she has “done well”; she has adhered to the strict regime set by her demon of X calories, less calories, less calories. The congratulatory prize is small, a minor victory – and after a while does not extend to the praise of those around her as it had done when she began losing weight. No longer is she cooed with, “oh you look so beautiful”, “oh don’t you look marvelous, look at her cheek bones and toned stomach” or, “I’m so jealous, how do you do it?” There is a fundamental issue with society here; she was never overweight in the first place and she was never fat despite repetitious hollers. Her stomach isn’t toned, it’s bordering concave; her legs aren’t sculpted; they’re weak, aching and bruised; her arms possess no strength, they’re minute and painfully angular; her face isn’t chiselled like a catwalk model, but gaunt, lifeless and exhausted.

Her complexion pales whilst she walks through town smelling the foods she can’t have, staring in the windows of restaurant chains and eyeing up menus that she can’t even dream of ordering from. The thought fills her with a fantastical excitement at how good it must taste, but the engulfing fear and dread of actually eating it is too much. She had once felt empowered by her ability to say ‘no’, to deny herself and to not need but now she needed, and she wanted so desperately to say ‘yes’. She had become powerless to her disorder.

Wandering into the supermarket she’d stalk the aisles. Picking up foods she felt intrigued by and looking at it closely through the packaging. Turning it over and looking at the calories and fat grams, 90% of what she picked up had been a far cry from what she was now “allowed”, but with each package the fascination grew: if only she could taste, feel and enjoy food: longing to let herself need, to find true enjoyment and to just eat. Each packet was sat back on the shelf for someone else, someone less greedy, and someone who deserved to eat it. Aisle after aisle: dairy, confectionery, foreign food, it all amazed her. To just read the labels and ingredients engaged every morsel of her obsession until the anxiety and pressure to actually buy something began to creep in and ruin her fun. Leaving with nothing, she tried to sneak out without raising suspicion with security. She hadn’t stolen anything, but didn’t want to be pulled over because who spends two hours in a supermarket looking at food to walk out seemingly empty handed? She was painfully aware that her behaviour would be deemed as unusual.

When she got home, her cupboards were filled with foods she could eat. Feigning enjoyment of these choices to herself she was convinced that water on cereal was delicious and how could anyone not like a bowl of lettuce and mustard? Her demon had tricked her, fooled her into thinking in new ways and instilling relentless rules of survival: cutting up food into the smallest pieces possible, chewing x amount of times each time, no eating after 7pm but no eating before 5pm either, always eat alone, measure everything, weigh ten times daily. It went on. It went on and on. She was governed by barking orders from this voice within.

Once immersed within the health services she has only more people to hide from, to lie to, to fight against. She is a slave to her own game. It’s not working out so well now; she has lost her autonomy, her independence, and her freedom. Caged in a cell of constant torture she is a shell of who she used to be: no longer laughing, no longer energetic, sociable, fun or fulfilling her potential.

What started as a diet to save her from “fat” hollers, what had started as a method of ‘self-improvement’ is gradually destroying everything she was. What started as a means to control her inner turmoil and world has grasped at her every molecule and refuses to let go. Entrenched, she is obsessed and caught up in the relentless need to abscond from greed, to not need and to be less. The “oh you look so beautiful”, has turned into, ‘Is she OK?”, “She looks so unwell.”, “I don’t know why anyone would want to be that thin. It looks disgusting” but the truth is, in her eyes for as long as she is alive, she will always be fat. She will never be thin and never has been thin and that really, ‘thin’ has become irrelevant. All she ever wanted was a bit of control, and to feel a bit better.

This site uses Akismet to reduce spam. Learn how your comment data is processed.